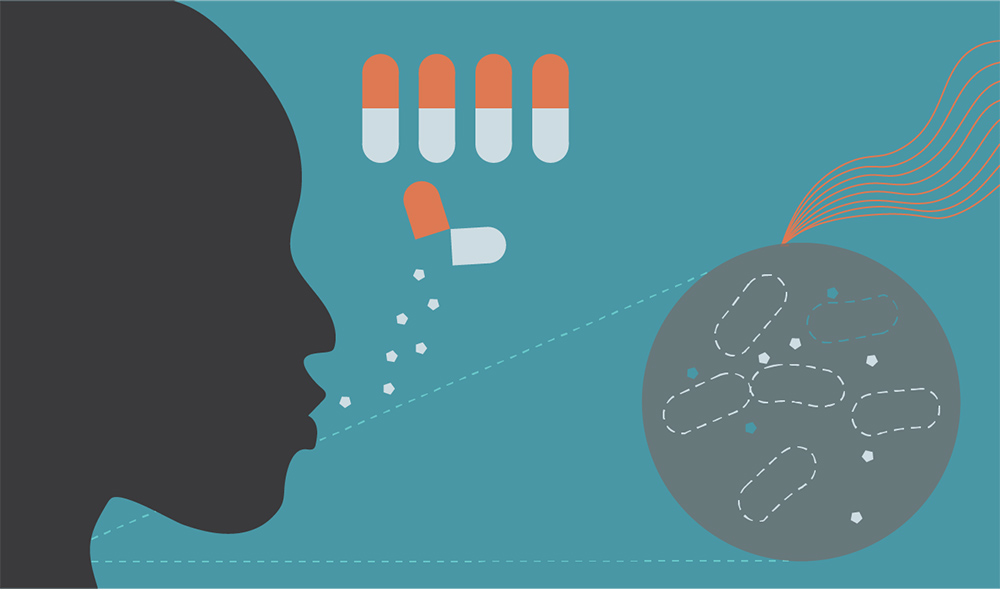 Bacteria are able to perform a variety of stunts to confound common plate counting methods. They can adopt physiological states such as small colony variants and persisters which make them appear dead when using colony counts to quantify them. However, as we well know, these variants with modified physiologies can go on to cause serious infections.

Clinicians and researchers alike are looking for better ways to predict the clinical outcomes of antibiotic therapy using fast in-vitro methods. A publication in the Journal of Antimicrobial Chemotherapy evaluated Symcel’s microcalorimetry instrument as a method for predicting the response of bacteria to an assortment of different antibiotics.

The activity of meropenem was tested for synergistic activity with colistin, rifampicin or amikacin against 4 different pathogenic species. The calScreenerTM microcalorimetry analysis tool was used to monitor the metabolism of the bacterial cultures which were exposed to different combinations of antibiotics. The metabolic data was then used to predict the outcomes of mouse model infections.

The data revealed a significant correlation between the microcalorimetry data prediction and the clinical outcome in the murine model. Interestingly, the same correlation was not seen between todays traditional method (checkerboard) and in vivo results. In this study, the additional information gained from metabolic measurements gives a much more accurate indication of how bacteria respond to antibiotics in vivo.

So why does microcalorimetry offer better prediction power than typical checkerboard and broth dilution techniques? It is clearly nothing to do with the culture conditions. Both the checkerboard assay and microcalorimetry experiments were performed in Mueller-Hinton broth at 37°C. It has everything to do with what is measured. Checkerboard and broth dilution assays can only register the presence of bacteria if they are actively dividing because they require an increase in the optical density or an increase in bacterial colony forming units. Microcalorimetry on the other hand, can measure if a bacterial culture is actively metabolising regardless of whether it is dividing or not. This means that the calScreener can detect living organisms that may not grow during a checkerboard or a broth dilution assay. This opens significant opportunities, where microcalorimetry makes it possible to see where other methods are blind.

We know from decades of study that just because bacteria are not dividing, it doesn’t mean that they are dead and will not start dividing rapidly when conditions are favourable. This is especially true in antimicrobial susceptibility assays which are performed in conditions that are drastically different from those found inside patients where they cause disease. Changing the culture conditions to something that more closely resembles the environment inside the patient would be an advantage but is so far impractical. It would mean changing important standards that allow global comparisons to be made about antibiotic resistance as well as making culturing microorganisms more time consuming and labour intensive. Perhaps measuring a parameter like metabolism which is important for survival of bacteria is a way to maintain current culture methods while extracting more useful clinical data.

Being able to accurately predict the clinical outcome of combinations of antibiotics could prove to be extremely useful in hospitals. The study published by Kragh et. al. used antibiotics that were all currently in clinical use. By finding new ways to mix them, they discovered combinations that were more potent than the antibiotics on their own. If put into use, this gives clinicians a powerful tool for repurposing antibiotics that may not have been effective on their own but could clear an infection when used in conjunction with other compounds.

The study also highlighted an additional benefit of microcalorimetry for clinical use. The work stated that broth dilution and checkerboard assays require nothing less than overnight growth to generate a result. However, metabolic indications of antimicrobial susceptibility are visible much sooner meaning that clinicians can save valuable time when prescribing lifesaving antibiotics to patients.

Kragh’s study also highlights the potential use for microcalorimetry in development of antimicrobials. Typical development pipelines are very costly, in part because accurate in-vivo predictions cannot be made until late in the drug discovery process. If this can be done earlier, then drug developers can have more confidence in candidates that make it through to clinical trial and save both time and money. The success of microcalorimetry in assessing the effect of combinations of antibiotics means that it could also be used in the future to help find synergistic interactions between novel antimicrobials as well as molecules such as biofilm or virulence inhibitors.

To find out more about the calScreener and how it can be used to measure microbial metabolism, take a look at this webinar recording.