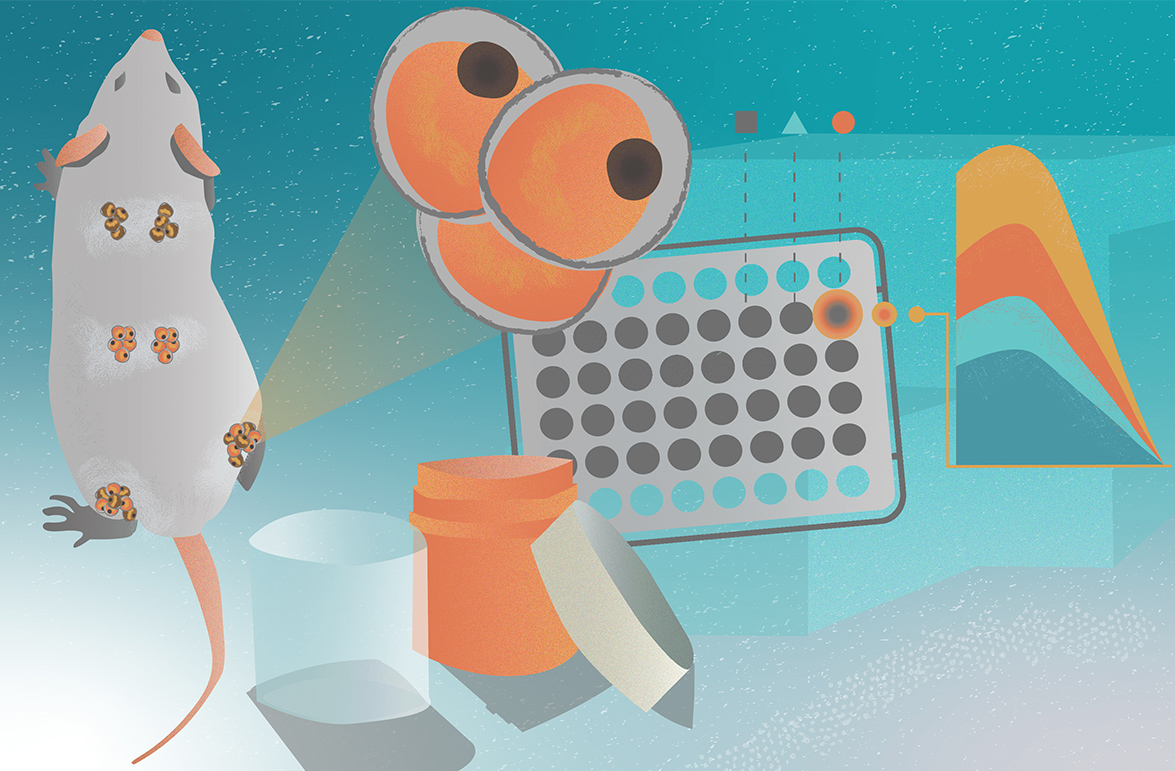 Obesity is a huge global problem. According to the World Health Organization, worldwide obesity has nearly tripled since 1975. In a comprehensive global study in 2016, 1.9 billion adults were found to be overweight and of these, 650 million were obese. More recent studies in children and adolescents paints a grim picture. In 2020, 39 million children under the age of 5 were obese. These alarming numbers show that if we don’t act now, obesity could be on the rise.

Despite the clear need for a solution, we don’t yet have good medication to treat obesity. However, if we did have a magic pill, we do know exactly how it would work. An effective obesity drug would stimulate a bodily process called thermogenesis. These specialized fat cells known as brown adipocytes break down the body’s fat reserves and use them to create energy in the form of heat. So you’d lose fat and get a little warm, but you wouldn’t have to do any exercise.

Unfortunately, this drug doesn’t exist, yet. The reason being is that it has been so hard to screen for compounds that induce this special type of metabolism. Thermogenesis is the process of heat production and you can only measure it if you can detect heat. Many instruments used to measure metabolism detect specific metabolic indicators like dioxygen, but this won’t work for thermogenesis, only heat production will tell us that it has been activated.

The calScreener is a specially designed microcalorimetry instrument for the life sciences and it is able to measure minute changes in heat flow in small samples. A research group in Stockholm led by Professor Tore Bengtsson saw the potential of microcalorimetry to investigate thermogenesis right away. They set to work analyzing brown adipocytes and measuring the total amount of heat they were able to produce under different conditions.

Adipocytes are not the easiest of cell types to work with. They produce small amounts of heat while floating in a suspension. In order to measure this, the dissipated heat has to reach the sensor at the base of the detection well. This is difficult to engineer which is why most detectors require cells to be in contact with a surface. Fortunately, the calScreener can detect the heat coming from floating samples making it ideal for adipocytes. After some optimization, the team celebrated that their work had paid off and they were able to detect the total metabolism of the adipocytes.

The next stage was to see if they could detect thermogenesis. The research team induced thermogenesis and measured the cells in the calScreener. The experiments revealed that there was a difference between brown adipocytes in thermogenesis and those which weren’t. This important finding immediately suggested a screening mechanism for compounds that could induce thermogenesis. If this compound is discovered, it will force the human body to burn the fat reserves and produce some heat.

The study also investigated an important protein for the activation of thermogenesis. Data showed that adipocytes lacking the UCP1 protein produced much less heat than those adipocytes that had the protein. UCP1 is a protein that is embedded in the membrane of the mitochondria which are sub-cellular powerhouses. This protein is responsible for heat production by forcing the mitochondria to work harder, which generates more heat.

So what comes next? The hunt is on for a compound that will induce thermogenesis. This will be the first evidence that we have discovered a viable drug that could be used to treat obesity. It’s just a matter of time, if you screen enough compounds, you will find one that induces thermogenesis. When that happens, the compound will go into clinical trials to make sure that it is safe and effective for humans.

Professor Tore Bengtsson commented, “It has been my dream to be able to directly measure heat from these cells. With the ability to directly measure cellular heat production using this novel method, it is now possible to screen for novel thermogenic activators to develop new therapeutics for various metabolic diseases.”

Of course, it’s not just obesity that can be studied using this method. A whole range of metabolic disorders including diabetes can now be targeted in a completely new way.

For more information on how the calScreener could help your metabolism research, contact us here.